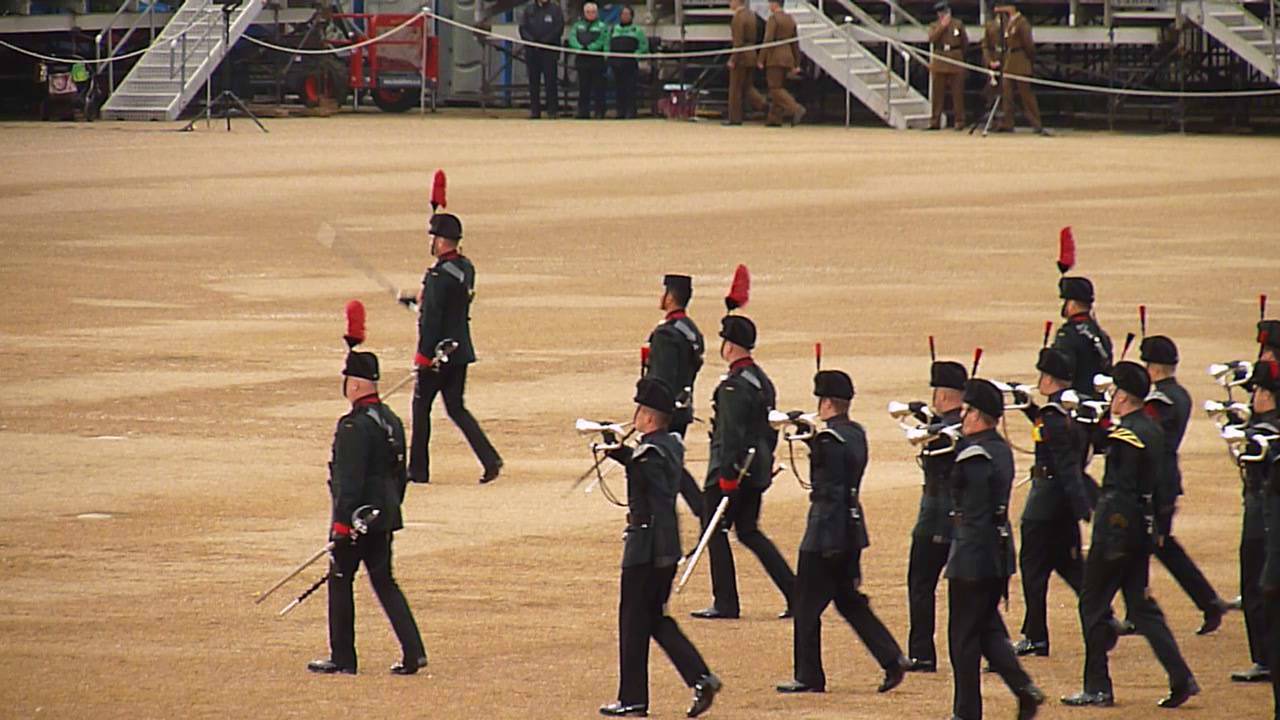 In the 17th & 18th centuries there were few permanent barracks and it was the custom to billet soldiers in local taverns or in the houses of the local population.

The Orderly Officer, accompanied by a drummer or bugler would patrol through the town to warn soldiers to assemble in the town square, or parade ground, prior to their return to their billets as curfew was approaching.

At the parade ground, the roll would be called, and the Regimental flag lowered to the accompaniment of the ‘Retreat’ call – a drum beat for ‘heavy’ infantry regiments or sounding of a bugle for soldiers of the Light Companies’.

The soldiers would then disperse.

The word ‘Retreat’ is thus associated with the end of the working day rather than a military defeat.

The system of billeting eventually fell into disuse but the ceremony of ‘Sounding Retreat’ has been retained as a reminder of this ancient custom.